The Culshaw brand embodies the work of craftsman Michael Culshaw and his skilled team. Together they have been creating beautiful handmade kitchens, kitchenettes and interiors for over 22 years.

G Culshaw & Sons was established in the 1930’s (see invoice below from 1932). They worked as church furnishers, carpenters and joiners in the Mawdesley area.

After studying art, design and woodwork for 7 years, Michael Culshaw returned to Mawdesley to set up his own business as a bespoke furniture maker on the original site of his great grand-fathers business.

Establishing the business in 1992, Michael has gained a reputation for exceptional quality, design and artistic flair in his furniture. 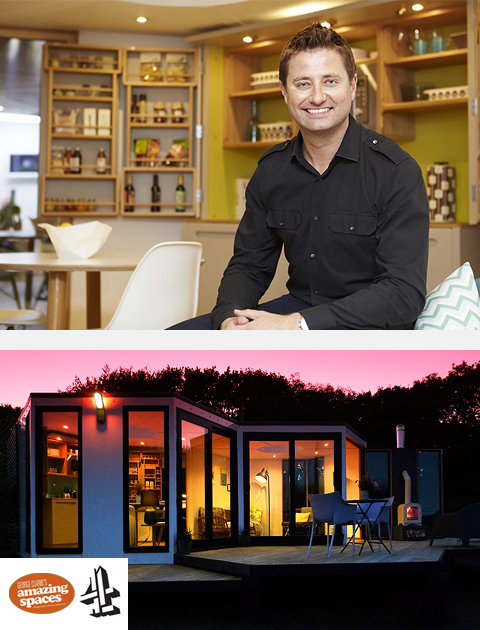 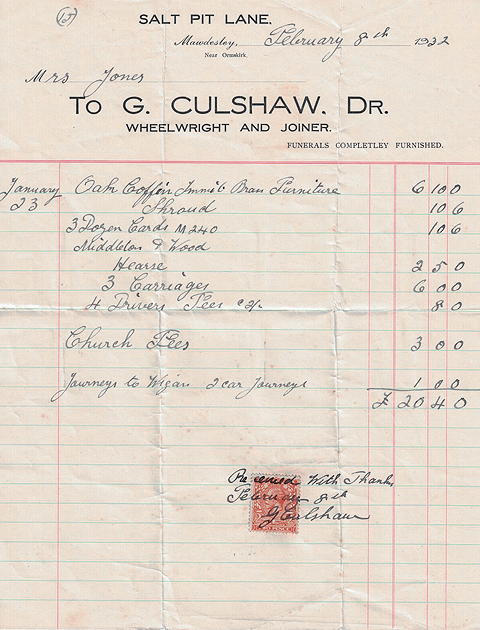 Over the years Culshaw’s work has been featured in numerous lifestyle publications and has appeared in programmes such as Channel 4’s Amazing Spaces and Grand Designs Live.

Origins of The Culshaw Kitchenette

Michael has always had a passion for design and has spent many years collecting original and iconic furniture to inspire his work.

One such purchase was a 1950’s Formica faced plywood kitchenette with an enamelled drop down worktop. Culshaw developed this idea further and created a small fold away kitchen built into a cupboard. A cupboard that looks beautiful on the outside and has a fully functioning kitchen on the inside. 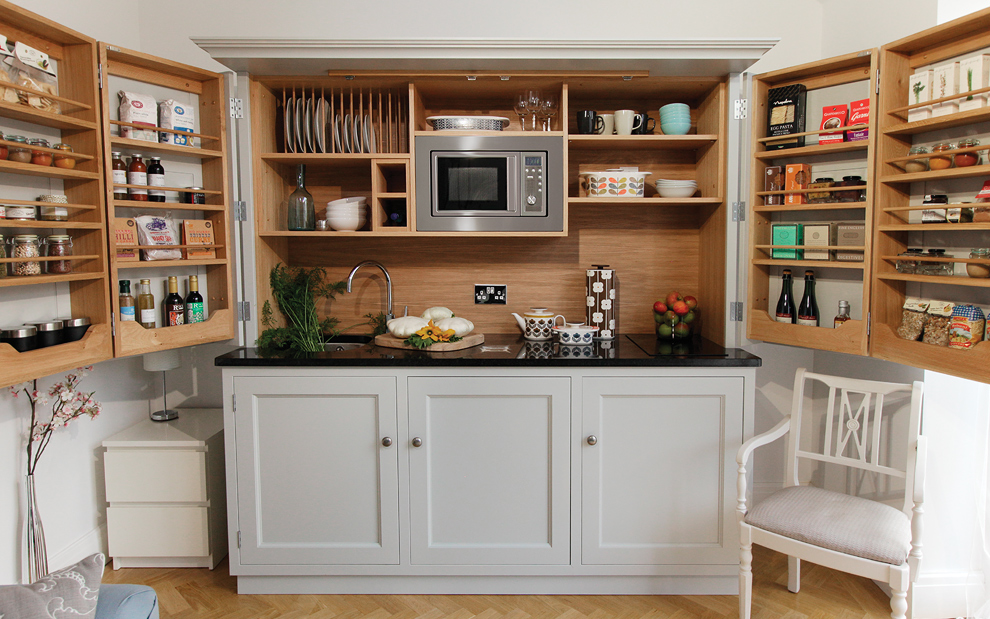